PHOENIX – Fans at Footprint Center and those watching across the globe were treated to a handful of phenomenal performances throughout UFC 274.

At the completion of the event, the promotion handed out a total of four post-fight bonuses, including two Performance of the Night awards and a Fight of the Night for the best battle of the evening.

In the feature bout of the evening, Michael Chandler faced former interim lightweight champion Tony Ferguson. The two men typically connected to post-fight bonuses were sure to produce a fight with fireworks, and it resulted in a potential knockout of the year. Chandler took home a no-brainer Performance of the Night for his spectacular finish.

Check out below to see who all earned a bonus for their performance at UFC 274.

‘Performance of the Night’: Andre Fialho 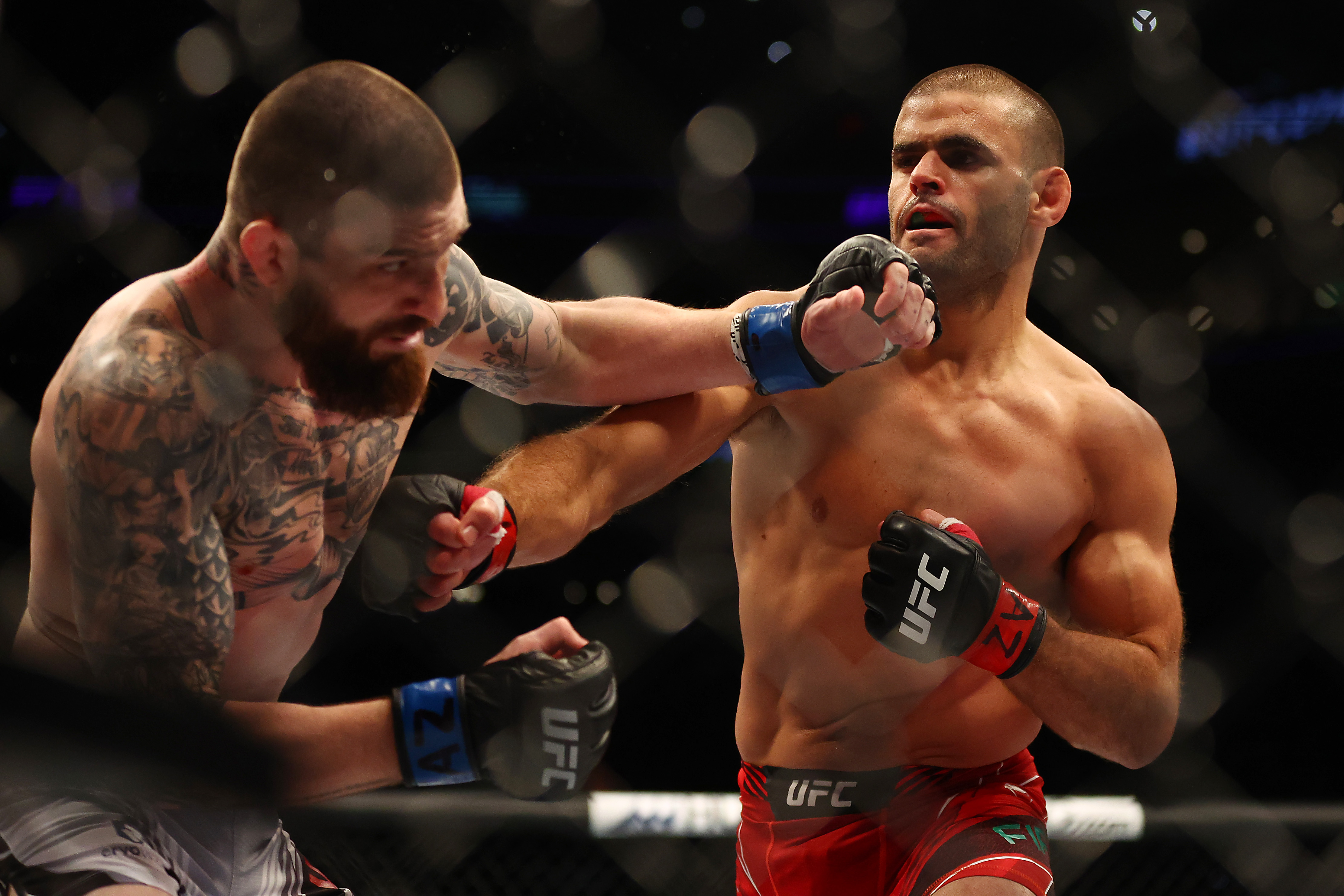 The hard-hitting welterweight Andre Fialho continues to impress with his performances. Closing out the early preliminary card on Saturday, he racked up his second-straight first-round finish behind his dangerous punching power. His opponent Cameron VanCamp landed some clean strikes early, but Fialho stayed in the pocket and fired back, resulting in a fantastic opening-frame finish. For his efforts, Fialho takes home his second-straight Performance of the Night bonus after just his third UFC appearance.

‘Fight of the Night’: Brandon Royval vs. Matt Schnell 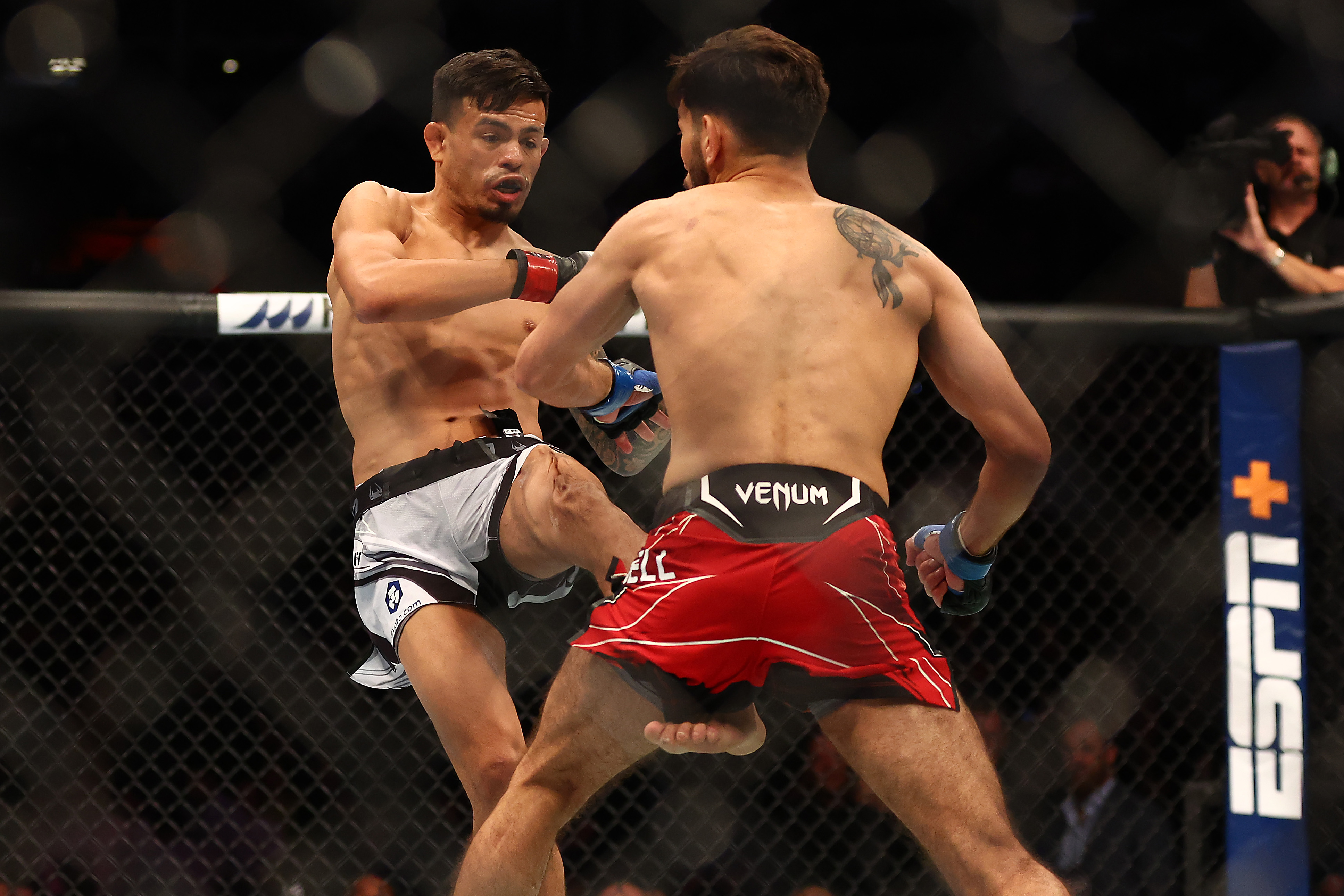 A preliminary bout between flyweights Brandon Royval and Matt Schnell delivered an intense back-and-forth round of action. Schnell clipped Royval with a hard punch that sent him to the canvas, and Schnell swarmed. However, Royval still had his wits about him and was able to grab a hold of Schnell and began to look for submissions. Seemingly out of nowhere, Royval snatched Schnell’s neck, locked in a deep guillotine choke, and forced a tap. Even though it was a quick fight that was stopped at 2:14 of the first, it earned Fight of the Night honors.

‘Performance of the Night’: Michael Chandler 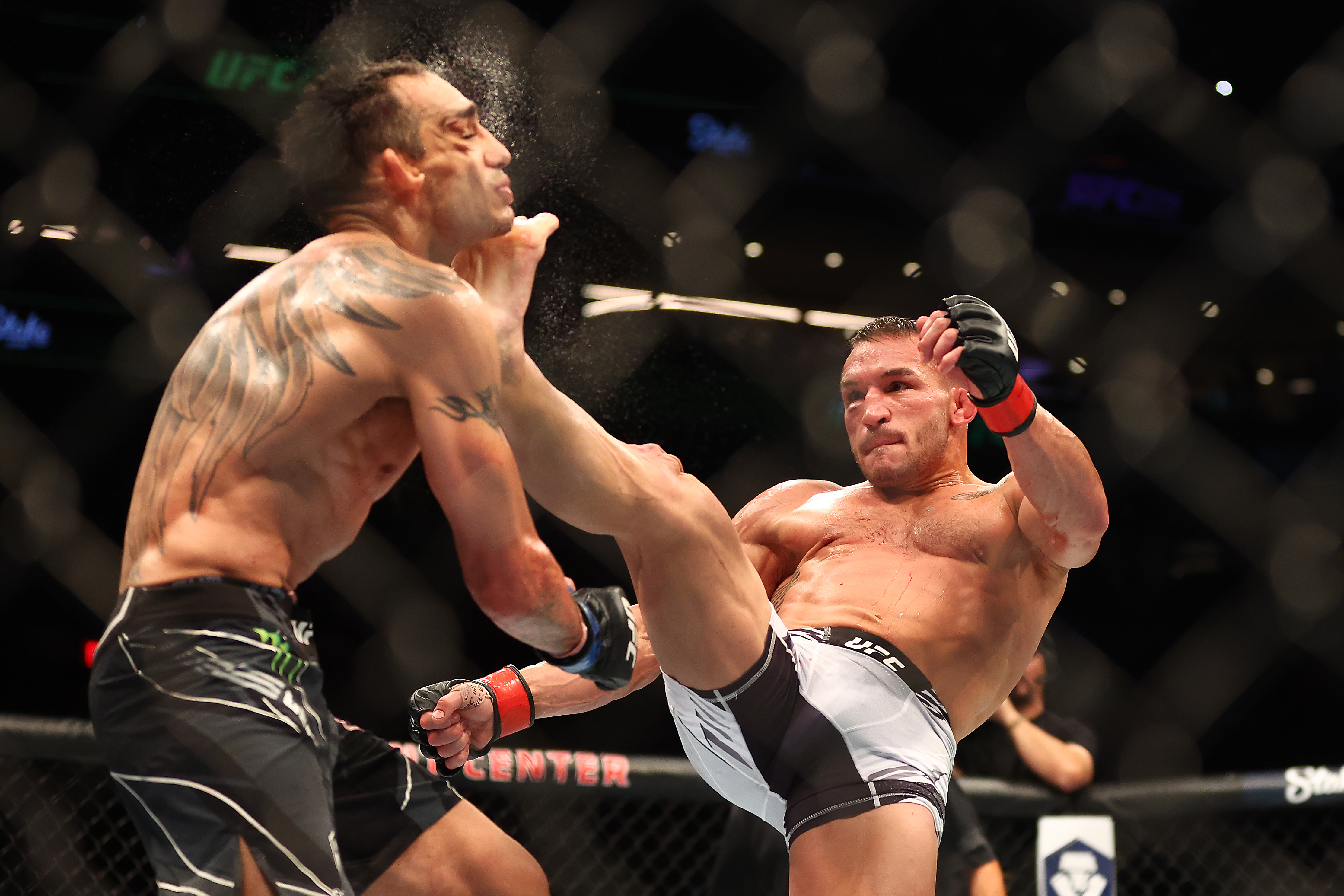 The easiest bonus to divvy out came at the foot of Michael Chandler. In one of the most spectacular knockouts you’ll ever see, Chandler finished former interim lightweight champion, Tony Ferguson, with a right kick to the jaw that resulted in an incredible second-round finish. Ferguson needed a few minutes to come to after being knocked out cold from the clean kick up the middle. Chandler keeps his bonus streak going, as he has earned a bonus in each of his four UFC appearances. The former title challenger called his shot for the winner of the main event between Charles Oliveira and Justin Gaethje, and with a performance like that, it will be hard to deny him.