The Duke and Duchess of Cambridge reportedly want to be known by their first names and not titles after the blunderous tour of the Caribbean.

Prince William and Kate Middleton want to modernize the Royal Family after their Belize, Jamaica and the Bahamas trip which was hit by public relations gaffes and protests.

This would include getting rid of bows and curtsies along with their formal titles so they would be known as simply Kate and William.

A royal source told the Mirror that a big factor has been the eight day trip which was branded ‘tone deaf’ to modern sensibilities.

They said: ‘They want to be more approachable, less formal, less stuffy and break away with a lot of tradition.’ 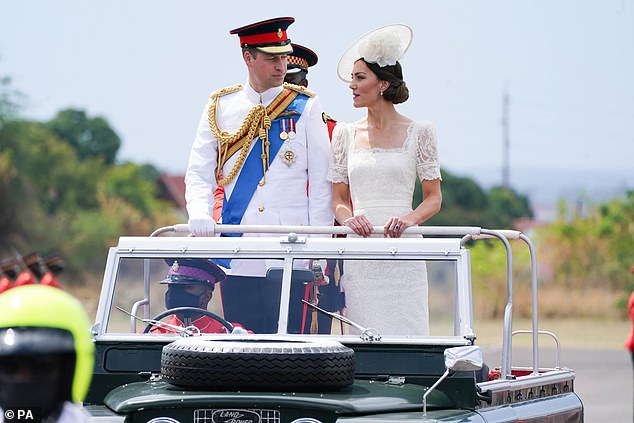 The source said: ‘The general consensus was that the tour seemed out of date, out of touch, too formal and stuffy.

‘So now it’s more “Wills and Kate” instead of the Duke and Duchess of Cambridge … “Just call me Wills” type of thing.

‘They want to try to avoid the bows and curtsies in public, be more approachable, less formal, less stuffy, and break away with a lot of tradition and focus on a modern monarchy.’

Royal sources also said he is ‘determined’ to update the institution after struggling to ‘move on’ from the bad press and will complete a root-and-branch review.

The news comes as the Queen moves ahead with slimming down the Monarchy and the Palace announced that only senior Royals, which do not include Prince Harry and Meghan and Prince Andrew, will be on the palace balcony for the showpiece Platinum Jubilee celebration.

A palace spokesman said: ‘The Queen has decided this year’s traditional Trooping the Color balcony appearance on Thursday June 2 will be limited to Her Majesty and those members of the royal family who are currently undertaking official public duties on behalf of the Queen’.

The Duke and Duchess of Sussex said they would attend regardless with their children for the Jubilee next month – in a bombshell announcement made just minutes after the palace’s own statement. 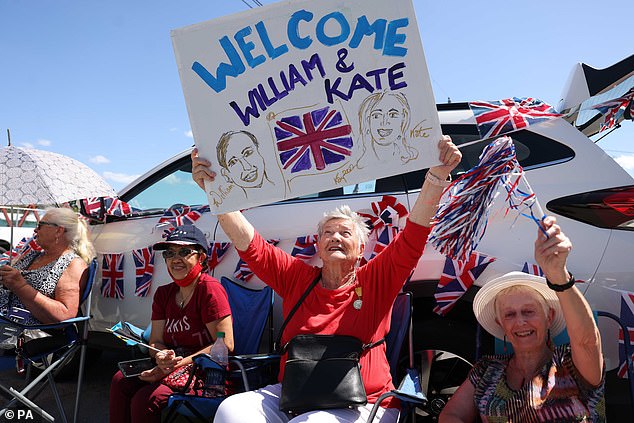 The future of the monarchy and the Commonwealth came under scrutiny after the Duke and Duchess of Cambridge‘s tour of the Caribbean where they faced intense backlash during the eight-day long tour around Belize, Jamaica and the Bahamas.

It has been reported that the Duke of Cambridge had ‘abrupt’ talks with aides about the ‘haphazard planning’ of the tour.

The candidates, described as a man and a woman, in their 30s and both former civil servants, have since been rejected due to ‘not being anywhere close to up to it’.

One source said: ‘It’s pretty clear that the Cambridge’s need a drastic rethink. They are asking themselves whether there is enough diversity in their team – and they already know the answers. ‘ 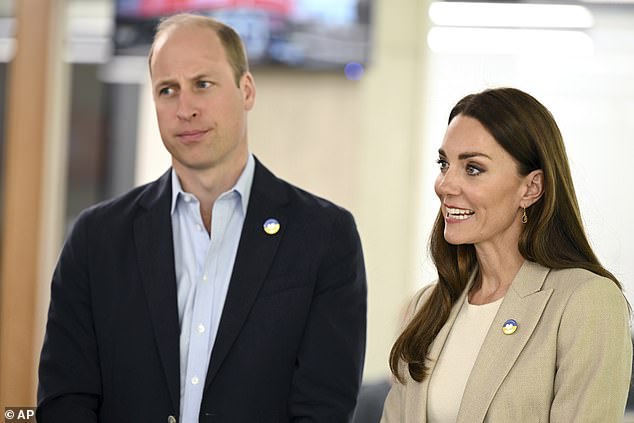 Dr Shola Mos-Shogbamimu branded the Duke and Duchess of Cambridge’s trip to the Queen’s island realms as an ’embarrassment to the British monarchy’.

‘Quite frankly these royal tours that we’ve seen to date are an embarrassment to the British monarchy.

‘However if the royal tour was one that speaks to what many of these Afro-Caribbean nations are seeking to address, which is truth, reconciliation and justice, then you need to get on board those tours and make them work.

‘If the purpose of the trip is what we’ve seen which is basically a continuation of representing the legacy of the British Empire, then absolutely yes these tours should just end.’

William and Kate were accused of harking back to colonial days in Jamaica in March after the pair shook hands with crowds behind a wire mesh fence and rode in the back of a Land Rover, just like the Queen did 60 years ago.

Demonstrators accused them of benefiting from the ‘blood, tears and sweat’ of slaves, while in the Bahamas they were urged to acknowledge the British economy was ‘built on the backs’ of past Bahamians and to pay reparations.